Alex is a church leader at Beechwood Chapel on the Wirral. He is currently studing with Crosslands and supported by the Tim Peters Training Fund.

At the beginning of 2021, I began a new challenge studying for an MA in Christian Ministry with Crosslands (created by Acts 29 and Oak Hill College) and was so grateful to be assisted in this adventure by Tim’s training fund. For the final assignment of my first module I was tasked with writing an ‘evaluation of Richard Dawkins doctrine of creation’. I soon became daunted by the idea of, metaphorically, going toe to toe with the man who had been the boogeyman of my childhood Christian circles. I didn’t know Dawkins theories in great detail but knew that he had led many Christians to seriously doubt or abandon their faith and was concerned the same might happen to me. Worse still, my scientific knowledge had undoubtedly peaked at primary school as my GCSE results will show! For these reasons, I entered the studying process with trepidation but felt that to seriously engage with Dawkins theories and beliefs I had to be willing to accept the idea that I may be convinced by them.

A Summary of Dawkins ‘Doctrine’ of Creation

Since the publication of ‘The Selfish Gene’ in 1976, Dawkins has spent the last 40+ years expounding his theories of the origin of life. Dawkins’ doctrine of creation is well summarised in his 1986 book ‘The Blind Watchmaker’. The book was inspired, Dawkins says, by the watchmaker analogy espoused by William Paley. Paley was a 19th century Christian apologist who argued that the complex design of creatures on earth proved the existence of a designer who, much like a watchmaker, had designed the earth and its creatures with exact specifications and care.

For Dawkins, though, Charles Darwin’s theory of evolution is the only satisfying explanation for why we all exist. He has worked tirelessly to show the public that Darwin’s theory of evolution is not a theory of chance but, contrary to creationist critics, is able to explain the complex design we see around us. Dawkins does concede that the world around us does have the appearance of being designed for a purpose but categorically rejects that it was. For him, a ‘watchmaker’ has clear plans and maps out his design according to strict specifications. But, he asserts, natural selection has no purpose in mind. ‘It has no mind, it has no vision, no foresight. It is the ‘blind watchmaker’. In essence, Dawkins’ argument centres around the belief that objects come into existence by cumulative development over a large period of time. Any intelligent design that the world appears to have is an ‘illusion’ Dawkins argues. He uses the idea of a ‘sieve’ to explain. This ‘sieving’, where certain atoms and molecules ‘fit’ and others are sifted out, over processes taking hundreds of millions of years, explains for Dawkins how order can come out of disorder, without a creator behind it.

One of the biggest questions that arises from Dawkins’ blind watchmaker ‘doctrine’ is how creatures come into existence from nothing. For Dawkins, the large expanse of time being dealt with allows more coincidences than a court of law would allow. Despite this, he accepts that cumulative selection had to get started. DNA and genes can’t replicate from nothing after all. Rather, replication requires an original ‘machine’. Dawkins accepts that many people say this machine is a god, stating ‘some people see this as a fundamental flaw in the theory of evolution’. One aspect of Dawkins’ doctrine is an inability or unwillingness to give a definitive answer to this mystery. Rather, Dawkins takes a different approach.

Dawkins argues that if a theory of the origin of life sufficiently plausible to explain where everything came from existed, its simplicity would be problematic. The theory we are looking for to explain the universe’s origin, Dawkins claims, has got to seem implausible to our earth bound-70 year old- minds and imaginations. For a devoted follower of Darwin, who has rejected faith based explanations for the surety of science, this argument may seem underwhelming.

Opposition to Dawkins ‘Doctrine’ of Creation

One of the most common objections aimed at Dawkins is his assertion that scientific study MUST lead to a rejection of a creator. Many Christian and Atheists scientists have joined forces to object to the idea that Science is purely atheistic. S.J. Gould, a leading evolutionary biologist, stated that “science can be interpreted in a theistic or in an atheistic way—but it demands neither of these. Both are genuine intellectual possibilities”.

Science has, in Dawkins’s view, wrecked faith in the idea of a creator, relegating God to the margins of culture, where he is believed in only by deluded fanatics. There’s an obvious problem, of course—namely, that rather a lot of scientists do believe in God! Professor John Lennox highlights that the fact that there are scientists who appear to be at war with God is not quite the same thing as science itself being at war with God. For example, some musicians are militant atheists. But that does not mean that music itself is at war with God. Statements by scientists are not statements of science as they are so often taken to be. Assertions by Dawkins fall into that category. They are often more expressions of personal belief, indeed of faith, fundamentally no different from the kind of faith Dawkins expressly wishes to eradicate.

At the start of 2005, an online magazine posed the following question to a number of scientific intellectuals: ‘What do you believe is true even though you cannot prove it?’ For Dawkins, his unprovable belief was that ‘Darwinism is the explanation of life on this planet’. Dawkins often gives the impression that God belongs in a box marked ‘Things people believe even though they cannot prove it’, but many respected scientists place atheistic explanations for our existence in the very same box. Fundamentally, Dawkins fails in much of his work to adequately demonstrate the scientific necessity of atheism. On the other hand, atheism itself emerges as a faith, possessed of a remarkable degree of core characteristics to theism.

In truth, many of Dawkins solutions to evolution’s design problem raise as many questions as they answer, particularly with questions about its starting point. Dawkins seems to accept this too. In a recent interview he was asked ‘What areas excite you in terms of future breakthroughs in evolutionary theory?’ This was Dawkins’ reply:

‘The origin of the first self-replicating object is key to the theory of evolution.I would like to see that solved with a theory so plausible that it has to be true.’

My Conclusion on Richard Dawkins’ ‘doctrine of creation’

Prior to reading Dawkins work I was worried that I would be made to feel stupid by him or to have my faith knocked, but I actually found his work to be full of faith, just of a different kind to mine. I have undoubtedly learned from Dawkins and admire his curiosity about the universe. Christians, I believe, should be the most curious about the world around us because we see it as a universe delicately created to show our Father’s glory. We shouldn’t settle for ignorance, as I had, but should be prepared to engage in believing exploration. Science does not belong to atheism, as Dawkins would have us believe!

After finishing my studies of Dawkins’ doctrine of creation, and the arguments against them, I now feel far more comfortable in my conviction that creation requires a creator but feel no shame in accepting that this is a faith I would struggle to prove with a scientific study.

I believe the only logical conclusion to Dawkins’ theories is to ask him to keep retracing the steps of his argument to the very beginning. This would lead any reasonable person to ask…where did it all begin? At that point, Dawkins would implore you to place your trust in a starting point that is unknown. It may one day be possible to solve this mystery but at this point I conclude that to believe in atheistic evolution would involve an act of faith that seems to be the opposite of what Dawkins is advocating.

It seems to me that for Dawkins, Darwin is his truth-bringing prophet and nature is his creator god. ‘Where did nature come from?’ you may ask him.

‘Well…it has always been there’, he may well reply! 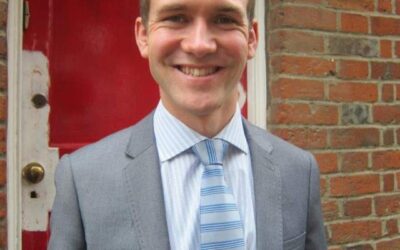 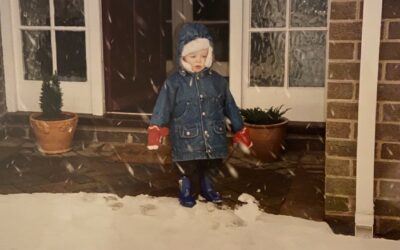 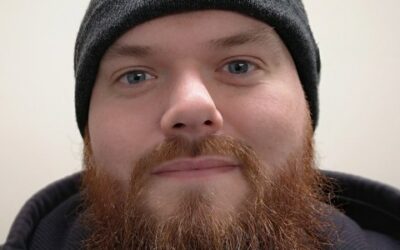 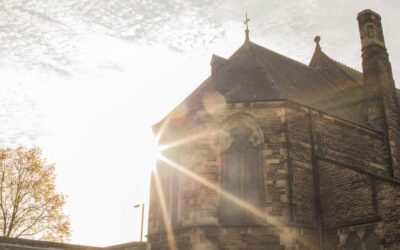 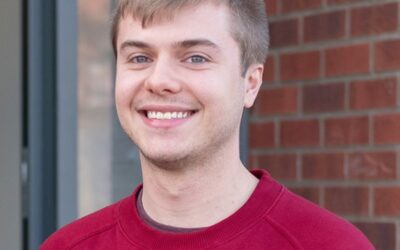 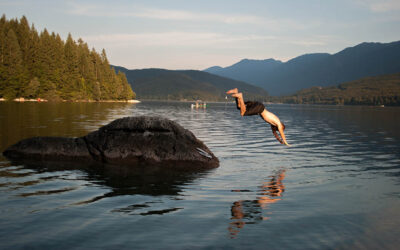 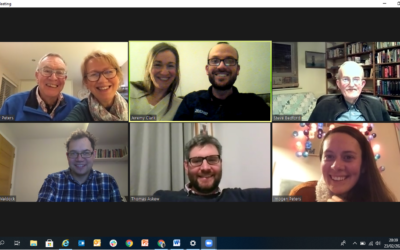 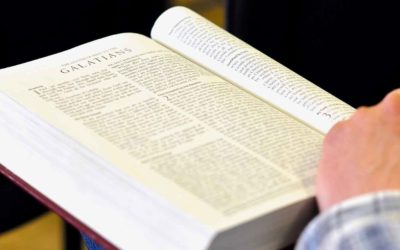